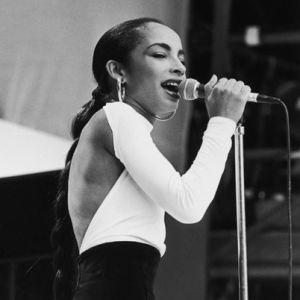 Writing really isn’t the most organic process for me; I would have read this very post several times before offering up it’s contents for general consumption. Recently my output hasn’t been as regular as I would like but I am slowly moving into the centre of the dancefloor and getting into a rhythmic groove with the writing process…

Anyone who regularly tunes into this blog will know that more often than not my writing is accompanied by music and whilst listening to Heart FM I decided that I want to be known as the “Sade” of blogging.

Sade is a band that is universally loved  for hits like Your Love is King, Smooth Operator and The Sweetest Taboo (to name a few) and after selling over 20 millions albums worldwide during the 80’s they disappeared from the music scene never to be seen again…

Only to resurface with 1992’s Love Deluxe album which eventually went on to sell over 10 million copies worldwide. Sade would follow up 8 years later in 2000 with Lovers Rock selling over 8 million copies worldwide…and if that wasn’t enough 10 years after that they miraculously released Soldier of Love becoming the second biggest selling album in the world of that year.

Despite this information you may be surprised to know that I am not the biggest Sade fan, but clearly they have a very loyal fan base and I’m pretty sure it’s down to the…

I do wish that I had the ability to increase my output, but until I get to that stage (if ever) I will continue to try and be consistent with the quality. Truth be told I’m not quite sure how I will measure that or if indeed the quality of my writing can be measured?

Controversially unlike most bloggers I am not totally selfless, I am not necessarily writing to inspire, encourage or uplift (although I confess that would be amazing) but I write because it is a relatable way for me to express ideas and thoughts that would otherwise stay locked up in the Alcatraz of my mind.

In the real world I don’t always feel that I have an opinion, thought or experience that needs to be shared and even if I did I never take it for granted that I have a fansbase as loyal as those who love the music of Sade.

But like Sade I will only produce content when I feel that I have something to say; in the hopes that it will provide some mildly entertaining food for thought or a unique sound that I would like you to hear.

So like Fievel Mousekewitz I will continue to write in the hopes that “Somewhere out there, underneath that pale moonlight” others can perhaps relate to my experience and know that they are not alone wading through this thing we call life.