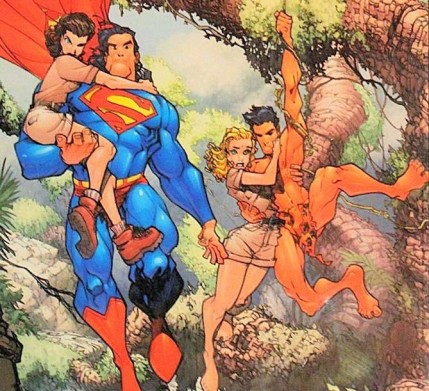 Do you know the story of Tarzan?

For those of you that don’t (and I can’t imagine there are many of you) Tarzan is a fictional character who was raised in the jungle of deepest Africa, where after his parents death he was found, adopted and raised by apes…and over time developed a personal intuitive knowledge and familiarity of ape culture…

Then you have my personal favourite, Superman another fictional character sent away in a mini rocket pod, destined to arrive safely on Earth from his dying home world of Krypton. Fortunately found by a human couple who adopted this alien baby as their own…and just like Tarzan, Superman learned the values and norms of his adoptive culture.

Unfortunately my backstory isn’t as outlandish, but the first born son of a loving mother and absent father. I was raised within the guiding hand and warm glow of my mother, aunts and grandmother. I’ve grown up in the company of women all my life, in short…

I mean I just love them.

I cherish, value and appreciate women in the same way a horticulturist loves nature. A good horticulturist favours all flowers and greenery; all the various colours, textures, fragrances, shapes and types. Just having such beautiful vegetation around us instantly makes the world feel like a better place.

Before I start with my generalisation of female character traits, we are all intelligent enough to understand there are exceptions to any rules that I’m about to lay down…but I can only speak on my experience because it is…hmmmmm?…mine!

There is an understated power that I think all women hold and (at least in my experience) a natural tendency for nurture, empathy, humour, compassion and an innate emotional intelligence. I loved being in the presence of those attributes…especially as a child.

So when that crazy cyclone of puberty and testosterone hit me with an all-powerful one-two punch, I began to unknowingly foster this thing called; desire. I began to develop an inexplicably deep appreciation for the physical form of a woman, in much the same way that artists throughout history celebrated their love for the female form in their paintings.

But despite the initial visual hook I wouldn’t consider my natural response to a woman as “objectifying” in any way, shape or formation. I can tell you now that what makes a women physically attractive is a far broader range than the couture models of high fashion or the voluptuous imagery in a music video. Sometimes it’s a smile, it’s the way a woman moves, its confidence, its shyness and everything in-between. E.L James would have you believe that a man is looking for a fresh faced, doting, wide eyed, submissive Anastasia type, but that isn’t true either.

Problems arise when mainstream media fumbles in and crashes the party to sell us an idea of perfection; a party they were never invited to in the first place. An authentic attraction to a woman genuinely doesn’t give a damn about youthful looks, weight, cellulite or the proportional measurements of your hips, waist & chest…why??

Because every woman has something.

Therefore in a modern age of female liberation & equality, I have to ask myself; should I apologise for being a man? Should I feel somewhat guilty for carrying around a primal drive that I didn’t ask for? Even though humanity is exposed to an abundance of information, not many people truly step back and look at why generations of men across many cultures, continually display a similar set of primal core behaviours.

You have to remember the instinctive drive I intrinsically possess is human natures ultimate insurance policy to guarantee the survival of the human race. In a more primitive time the best chance of any offspring surviving was through a broad range of potential mates.

This doesn’t mean that I walk around as an uncontrollable, testosterone fuelled Neanderthal! As fortunately modern society raised me to understand that my personal love and celebration of women should always remain secondary to the respect I hold.

You’ll notice that I only speak on my experience because I don’t want this post to be used to paint all men with the same brush, as I’m pretty sure that desire is as individual as your thumbprint. But as long as I am never crude or disrespectful I will continue to dwell, celebrate and simply enjoy the company of women when I come across it…

Like the fictional characters of Tarzan and Superman I always felt a connection to the values I was taught by my adoptive culture and in my case that was a dominantly female one. Tarzan was raised by apes but was always going to be human, Superman was raised by humans but was a God amongst men; I was raised by wonderful women who had no idea of just how powerful testosterone effected my system.

“To burn with desire and keep quiet about it is the greatest punishment we can bring on ourselves.”

Follow An Inviting Piece of the Pie on WordPress.com
Join 285 other followers