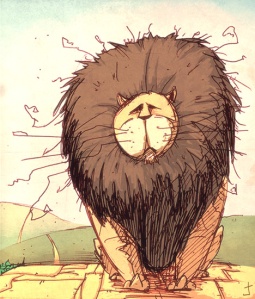 There is a beautiful gem of a film called Then She Found Me starring my inexplicable woman crush Helen Hunt playing the character of April Epner and the equally talented Colin Firth playing the simply titled, Frank. No synopsis needed here, but there was a dialogue exchange between these two characters that almost moved this grown man to tears…and it goes a little something like this:

April Epner: I know what I did to you, to you in particular. Kinda worst nightmare kind of thing, right? I knew that. Even at the time I knew that.

April Epner: Good. But I’ll hurt you in other ways, little ways, I won’t mean to but I will. And sometimes I will mean to.

Frank: This is quite an offer you’ve worked out.

Frank: But I wouldn’t.

This scene was so refreshing to me because it somehow avoided the typical clichés that Hollywood is known for. It was April Epner showing the foresight to recognise that even in the glow of love humans are destined to fall over. It touched on truth…because let’s face it, in a relationship who really wants to hurt anyone? Who intentionally sets out to fall in love, embark on a relationship and then cause the object of their affections gut wrenching heartache?

Like most fresh-faced young lovers when I entered the gates of my first relationship I thought it was going to be nothing but fun times and euphoria, not ever thinking that the ride was going to come to an end. I was so intoxicated by the experience, that even during an intense argument or heated exchange I could think of no place I’d rather be.

So when things came to a swift and merciless end, suddenly the love of my life was the source of my pain. It was a dark time. I mean that literally, I had locked myself away in my bedroom with the curtains closed so no natural light filtered in!

Although it’s an exaggeration to say that I wanted to die I definitely lost the desire to truly live. It felt like the essence of life itself had been sucked out of my soul and I had no way of getting it back…in fact almost 20 years later I shudder just a little thinking about it.

Needless to say I was eventually able to climb out of my murky pit of sorrow and cautiously move through new relationship territories with varying degrees of failure and success. Love is not a very logical state, and nor should it be, but each ending really provides an opportunity to learn something new about yourself and take the first step toward another beginning.

Do you really want to be with someone who doesn’t want to be with you? Or even worse is undecided between you and another? Clearly I am simplifying matters, I know there is more complexity and nuance in a relationship than a Meryl Streep performance, but if two people are drifting apart and one or both parties has that realisation…what would you recommend they do?

During a break up naturally our sympathies align with the unsuspecting victim, as in the blink of an eye all that was secure and familiar has been torn away. I am in no way trying to make light of the onslaught of devastation this causes, but I wanted to attempt to redress the balance of perspective on the topic within the wonderful world of WordPress.

Breaking up with someone is never an easy thing to do and although I hope an act of separation is cautiously treated with respect and sensitivity don’t let Google search results and web pages fool you; there isn’t a right way to do it.

If you are going to break up tactfully then someone has to do the same thing as the cowardly lion from Oz and seek courage. The cause isn’t always another person or a better prospect…it’s the nature of emotional evolution and change.

2 thoughts on “It Takes Courage To Break Up (Yeah I Said It!)”