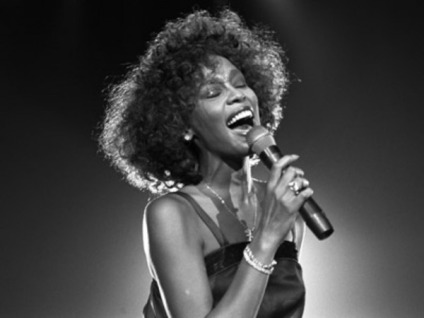 This is my first unintended trilogy but unlike Back to the Future: Part III, The Godfather Part III or Rush Hour 3, I’m hoping that this concluding chapter will literally end on a note higher that Mariah Carey’s upper octave register.

For anyone who has accidently stumbled and crashed this party; it all started waaaay back in…errr….July 2015 when I wrote The Power of the Playlist in that post I detailed the importance of a complimentary and harmonious flow within a compilation, especially if you intend to use the music of that playlist to enhance the gentle flavour of a subtle seduction.

After writing that post I decided to explore the other end of the spectrum when I wrote a post with the equally obvious title The Power of the Playlist (Part II) which contained songs that touched on the complex simplicity of relationship break up or break down.

Stephen Hawking has nothing to worry about, as by nature I am not a scientific mind because truth be told there is no exact formula that can be applied to creating the ultimate playlist…but…for the purposes of this post I did limit my compilation to five songs, to create an EP type of feel…but that’s just me.

If Monday was a genre of music it would be the blues and like most people as hard as I try to outrun its inescapable grip, Monday almost always manages to take a hold of my weary soul…

I just so happen to be listening to a good power ballad which somehow gives me the strength to fight off those Monday morning blues. I have had an epic love affair with great powerful/soulful female vocalists for as long as I can remember; there is just an immeasurable, transferrable, indescribable something when I hear a female singer giving me everything she has vocally.

The list I present to you would have changed from the time of writing to posting as intentionally limiting myself to just five songs is almost as insane as paying $96,000 for a princess Leia bikini, but it is important to do whatever you need to do to make life feel a little better.

I have chosen songs not based on lyrical content, just powerful vocal delivery that has touched my very soul therefore in no particular order…

What works for me may not necessarily work for you but whatever genre of music that helps to ease those Monday blues or any other situation I stand up and applaud you for it, however listening to a good power ballad makes me feel that I can soar amongst the stars and kiss the constellations so never forget…

There is power in that playlist

9 thoughts on “The Power Of The Playlist (Part III)”